I talk sh!t about Quibi, the new phone only streaming service started by Jeffrey Katzenberg and get hyped over the upcoming 4K release of the cult classic, Rad directed by Hal Needham (1986).

Thanks for listening — smile

In the 2nd Episode I talk about the pros and cons of 3rd party hosting services, sheltering in place with Mom on Mother’s Day, the current state of pro wrestling and a wackily sexy show on Netflix.

In the 1st Episode I share a little about myself and why I started this podcast, what to expect from upcoming episodes and talk about some of what went on this week, including COVID-19, Westworld, WWE, Taraji P. Henson, Dairy Queen and assorted randomness.

It’s been a couple of weeks since I’ve posted anything because I have been prepping my new podcast. #smileSays is now available on the following podcast platforms:

Subscribe now so you won’t miss a thing. I was originally going to host the podcast here, but decided to let Anchor host and syndicate it in the hope of generating revenue through donations or integrated advertising. There was more that went into the decision than that, but I’ll digress for now. I’m going to see if I can embed the episodes on the site as well. The player featuring the latest episode should load here:

If it doesn’t load, or you want to listen to an older episode, you can check out individual episodes in the meantime by checking the sidebar on a desktop or scrolling further down on mobile. I’ll get it to work eventually.

Spread the word and leave me a voice message with some feedback if it moves you.

Most of you know that I’m not really a film critic, but my friend who is asked my thoughts on Made In Hong Kong about a month ago, and I’m just getting around to posting them now. This isn’t really a review, just my opinion. I suppose that is a review, huh? Here’s the trailer if you haven’t seen it:

I wasn’t sure I had seen the film based on the trailer. The cast looked familiar enough and I had seen plenty of movies back then. Even though the trailer mentions that this if the first time Made In Hong Kong was released in the US, there were plenty of movies shown in Chinatown (not to metion bootleg VHS tapes and DVDs) that never had official American releases. I don’t even know the titles of many of the ones I saw back then. It also mentions that this is the first independent HK film, but I’m sure Tsui Hark would take issue with that.

Turns out, I had not seen the film before. The 4K restoration I saw looked like the movie was shot yesterday. It looked better than it would have had I seen it back in the 1990s, because in those days the 35mm prints were beat up by the time I saw them. It was actually a little disconcerting to me at first, but not everyone is going to have that issue. While it isn’t for everyone, I enjoyed the movie. Given the plot, it could have gone the extreme melodrama route like similiar gangster youth films of the era. The director chose instead to keep things grounded, focusing on the characters, their relationships to each other and the greater societies they inhabit, occasionally injecting some social commentary. I wouldn’t call Made In Hong Kong a bleak movie, but it does have that streak of fatalism prevelant in HK cinema leading up to the Handover and uncertainty about the future. It’s worth a watch, but not if you’re in need of cheering up.

The title says it all, doesn’t it? In this video, I explain and demonstrate how to get around MoviePass‘ Countdown Clock and why it works. This doesn’t violate MoviePass Terms Of Service, either; I explain that towards the end, but once they get hip to this, I’m sure MoviePass will make some changes. Most ironic is that while MoviePass may not be too thrilled about this video, it’s the smoothest MoviePass transaction I’ve ever recorded. Seriously, I wonder how many MoviePass users have ever checked in and got their ticket that fast.

If the embedded video doesn’t load, click to watch
Beat The Countdown Clock and Buy Advance Tickets with MoviePass at YouTube.

I can’t front, I’m feeling pretty Damian Sandow-ish right now, but this is so face palmingly simple that I’d honestly be amazed if I was the first one to come up with it. You’re welcome.

Please be sure to check out the other articles in my series on MoviePass:

If you’ve read my other posts on MoviePass, it’s clear that overall I was happy with the service and how it was implemented for the first 11 months of my membership. Even with the Countdown Clock, many of you may find that MoviePass is indeed a great value that would suit your needs. The way the Countdown Clock was implemented and announced is only the latest in a string of ethically questionable practices that I have issue with.

Right off the bat, it was pretty impossible to recommend the service to anyone, despite how much value I was getting from it. Whenever I would tell anyone about MoviePass, they would ask, “What’s the catch?” at which point, I would rattle off a list. “So, the very thing MoviePass advertises as their service is pretty much bullshit,” is how people would basically respond to the list of restrictions on the “unlimited” service. I would contend that I didn’t believe it to be an intentional deception; the service was in still in “beta,” and I believed they were working towards offering what they were advertising.

“Get back to me when they’re out of beta.”

END_OF_DOCUMENT_TOKEN_TO_BE_REPLACED

If English isn’t your first language, that might not make sense. Hell, it might not make sense even if English is your first language. The distinction between a day and 24 hours is important. What is a day? That seems obvious: Monday is one day, Tuesday is another and so on. Now consider the period of time between 12 noon on Monday and 12 noon on Tuesday. Is that a day? What day? It’s 24 hours, and 24 hours is not a day.

END_OF_DOCUMENT_TOKEN_TO_BE_REPLACED

The MoviePass card is actually a branded Discover Card, so it should be accepted at any theater with a ticket kiosk that accepts Discover for payment. This includes most (but not all) of the theater chains in America. Many independently owned and operated theaters also accept Discover, so you should be able to use your MoviePass there. However, you can only see movies at venues that are listed in the app. Even if a theater is listed in the app, not every movie showing will necessarily be available to purchase with MoviePass. This can effectively limit your choices based on where you live. You can see which theaters in your area accept MoviePass at their website before you sign up.

END_OF_DOCUMENT_TOKEN_TO_BE_REPLACED 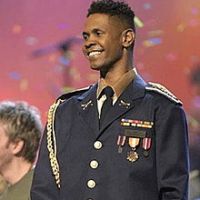